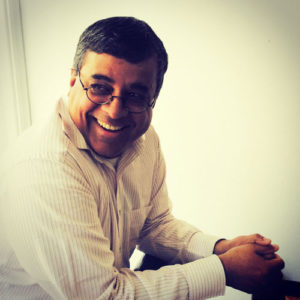 Sandew Hira, pen-name of Dew Baboeram, is an independent scholar and activist. He studied economics at the Erasmus University Rotterdam. In 1982 he published his first book on the history of the struggle against colonialism in Suriname from 1630-1940. Since then he has published many books and numerous articles on history and race relations.

Hira is director of the International Institute for Scientific Research in The Hague. He is co-editor of the book series Decolonizing The Mind with Prof. Stephen Small (University of California-Berkeley) and visiting lecturer at the Anton de Kom University of Suriname in theories of development. Hira has contributed as guest lecturer at conferences in Holland, Belgium, Portugal, France, Spain, Curaçao, Suriname, USA, Mauritius and the UK.

Hira is currently writing a study titled Decolonizing The Mind – Imagining a New World Civilization: a Fundamental Critique of Scientific Colonialism and Another Discourse of Liberation.